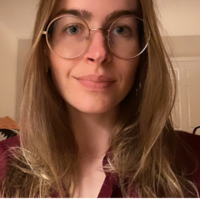 Are y'all looking forward to the release of Hiroaki Kumano's book about Japanese mindfulness?

https://camp-fire.jp/projects/537381/preview?token=1c2mirqt
マインドフルネスの第一人者、熊野宏昭先生の対談集紙書籍を刊行します！
マインドフルネスの第一人者の熊野宏昭氏の対談集を刊行します。自身の瞑想体験を縦軸に、禅、初期仏教、日本的霊性、能楽、障害者教育、数学理論という多様な分野を横軸に、日本的マインドフルネスの可能性と、意識の本質とは何かを対話を通して探求します。クラウドファンディングで、皆様からの事前予約を受け付けます！
camp-fire.jp
These days I've been doing a lot of reading trying to get a handle on what "Japanese mindfulness" is, so I can't wait for his book to come out! Just this week as I was reading Samgha Japan's special edition on Mindfulness,  I came across one of Kumano's articles about the practice and theory of mindfulness: 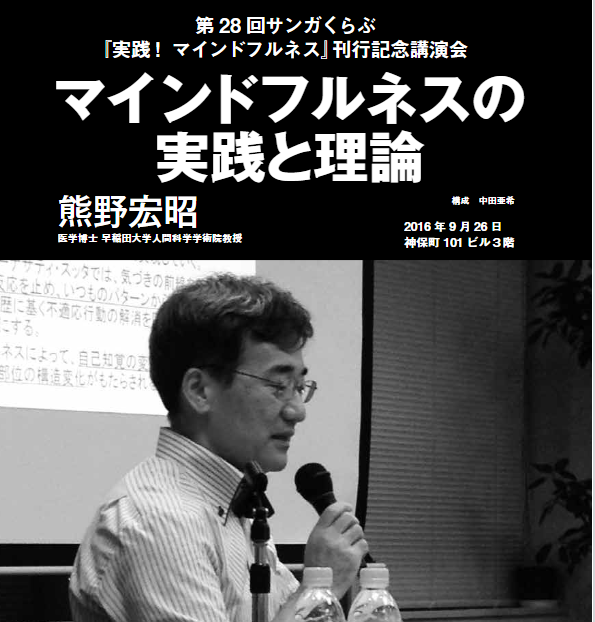 image.png 194.07 KB
In the article, Kumano helps readers understand mindfulness by incorporating ideas from Acceptance and Commitment Therapy (ACT). ACT is a relatively new therapeutic program that seems to be based in part on Buddhist concepts, like the idea that life is dissatisfactory (dukkha), the dangers of attachment (upādāna), and Buddhism's deconstruction of the self (anattā).

According to ACT, the opposite of being "mindful" is being "mindless". A "mindless" thinking pattern has the following characteristics, or what ACT calls "processes": 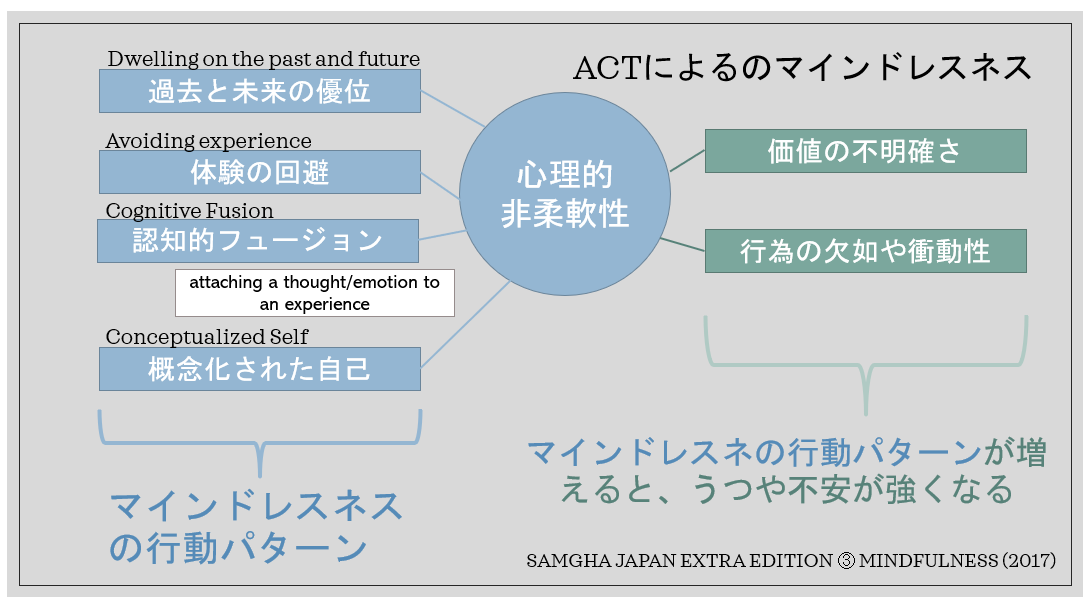 image.png 88.73 KB
1. dwelling on the past and future
2. avoiding experience
3. cognitive fusion
4. attachment to a conceptualized self

On the other hand is a mindful thinking pattern: 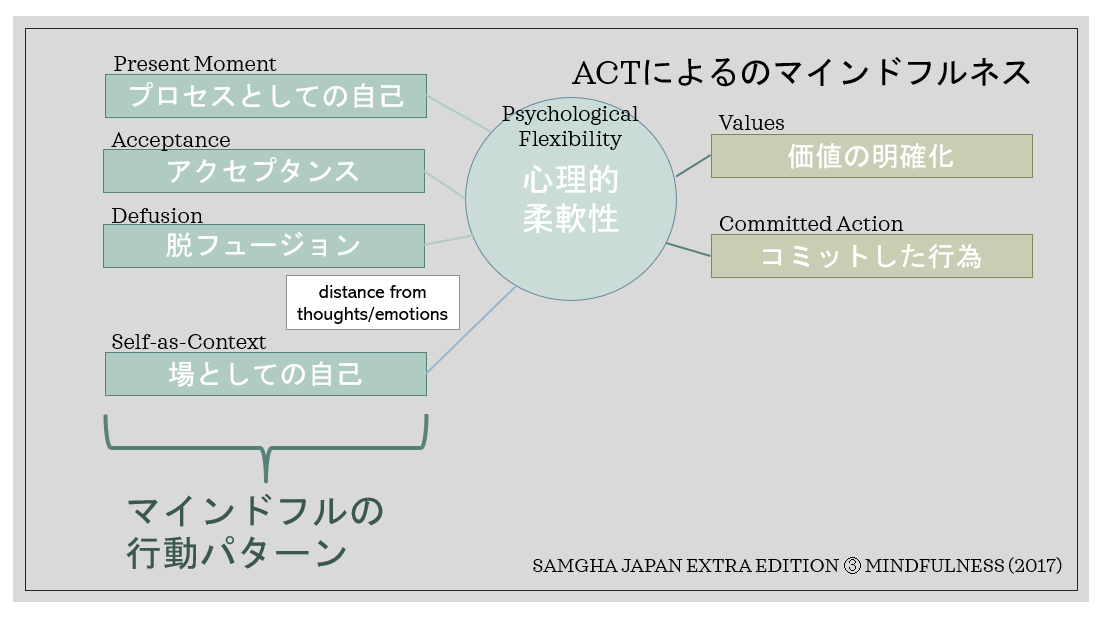 Otherwise, just by looking at the other thought patterns listed above, you might get a sense of where Buddhist influence comes in. For instance, ACT's mindless "attachment to a conceptualized self" gets transformed into mindful "self-as-process" and "self-as-concept," which sounds a lot like what is described in the Buddhist doctrines of anatta and upādāna.

In fact, in 2014 a Toronto mental clinic hosted a special program, co-led by a psychiatrist and Cambodian Buddhist monk, that combined ACT with Buddhism for 12 sessions. Each session began with a mindfulness meditation session, followed by an ACT exercise and a Dharma talk. For example, in order to practice the ACT process "defusion" at the fourth meeting, participants did a "Stories and Rules" ACT exercise, followed by a Dharma talk on impermanence, or "anicca". In this way, each session brought together ACT processes with Buddhist concepts, for example:

image.png 34.5 KB
You can read more about the Toronto experiment and the overlap between ACT and Buddhist concepts here.

What do y'all think? Do you think it's a good idea to combine Buddhist concepts with psychiatric methods? Please comment below, I'd love to hear from you!